We knew we needed to celebrate the groundbreaking in a big way and continue the public fundraising momentum we launched six months prior. We worked with Austin Mayor Steve Adler to officially proclaim the date “April Food Day,” and enlisted local celebrity chefs to pen an op-ed for the Austin American-Statesman explaining the importance of the new warehouse to fighting hunger in Central Texas.
‍
At the site, we conceptualized and constructed a backdrop featuring renderings of the facility and built a faux wood pallet stage to mimic the pallets used to move donated goods. Our team managed logistics and public relations for the entire ceremony — including news releases for media, talking points for speakers, branded collateral for the crowd, and hard hats and shovel-size spoons for the groundbreakers.
‍
One year later, we coordinated and celebrated the Grand Opening of the new facility with the inaugural loading of food from the first truck at the warehouse, which was covered by all local media. We were then asked to design an art installation recognizing and thanking donors that contributed to the new facility, and created a 15-foot “Nourishing Lives Here” canstruction that remains a prominent feature in the Food Bank to this day. 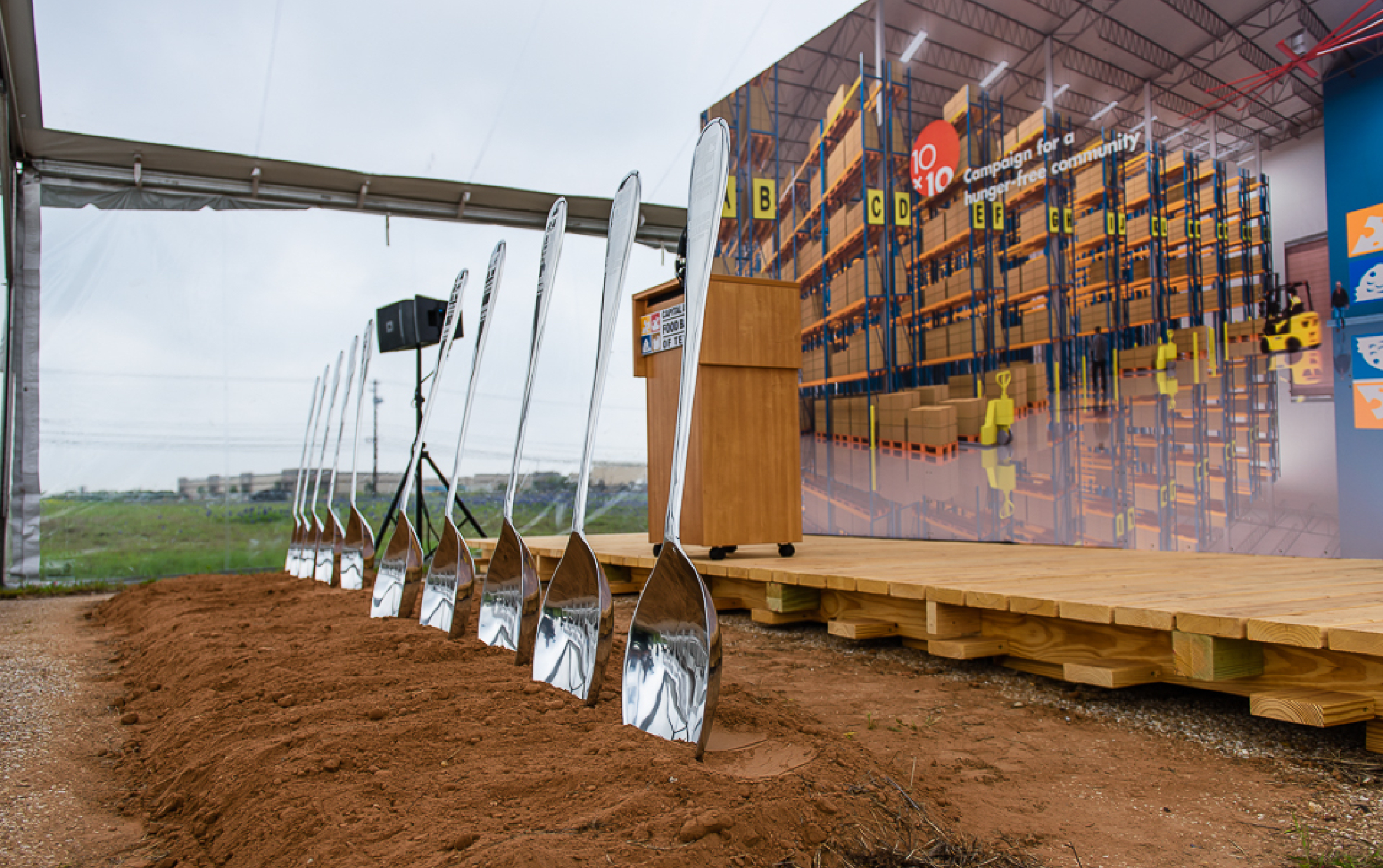 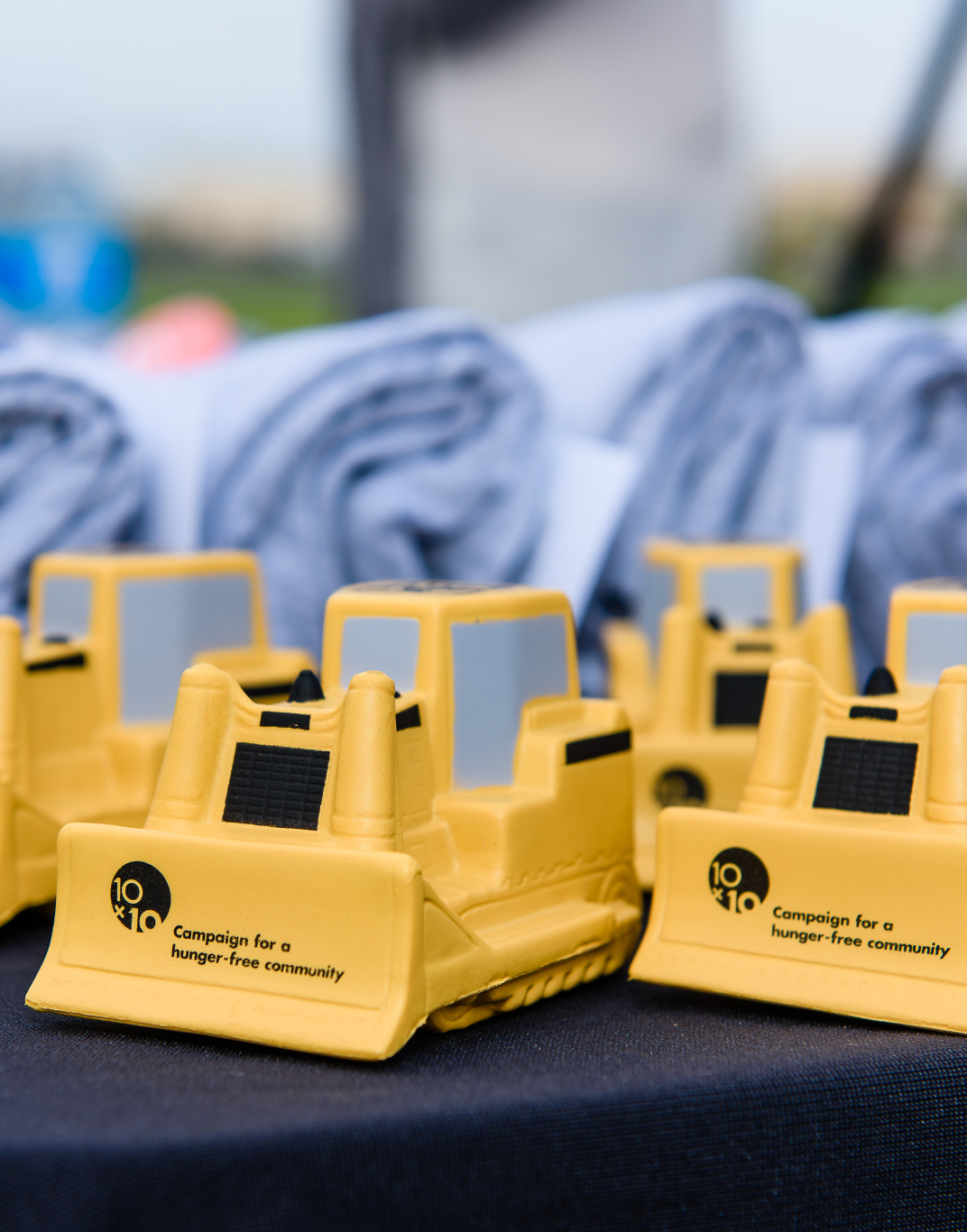 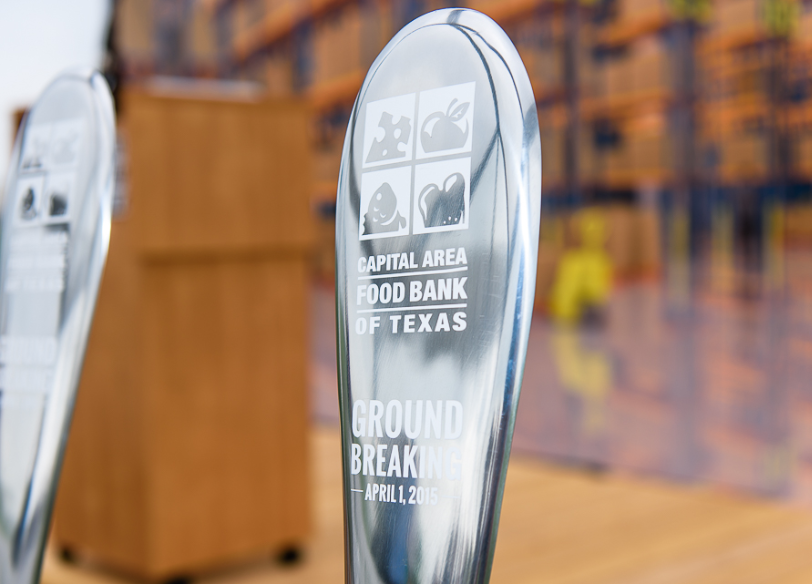 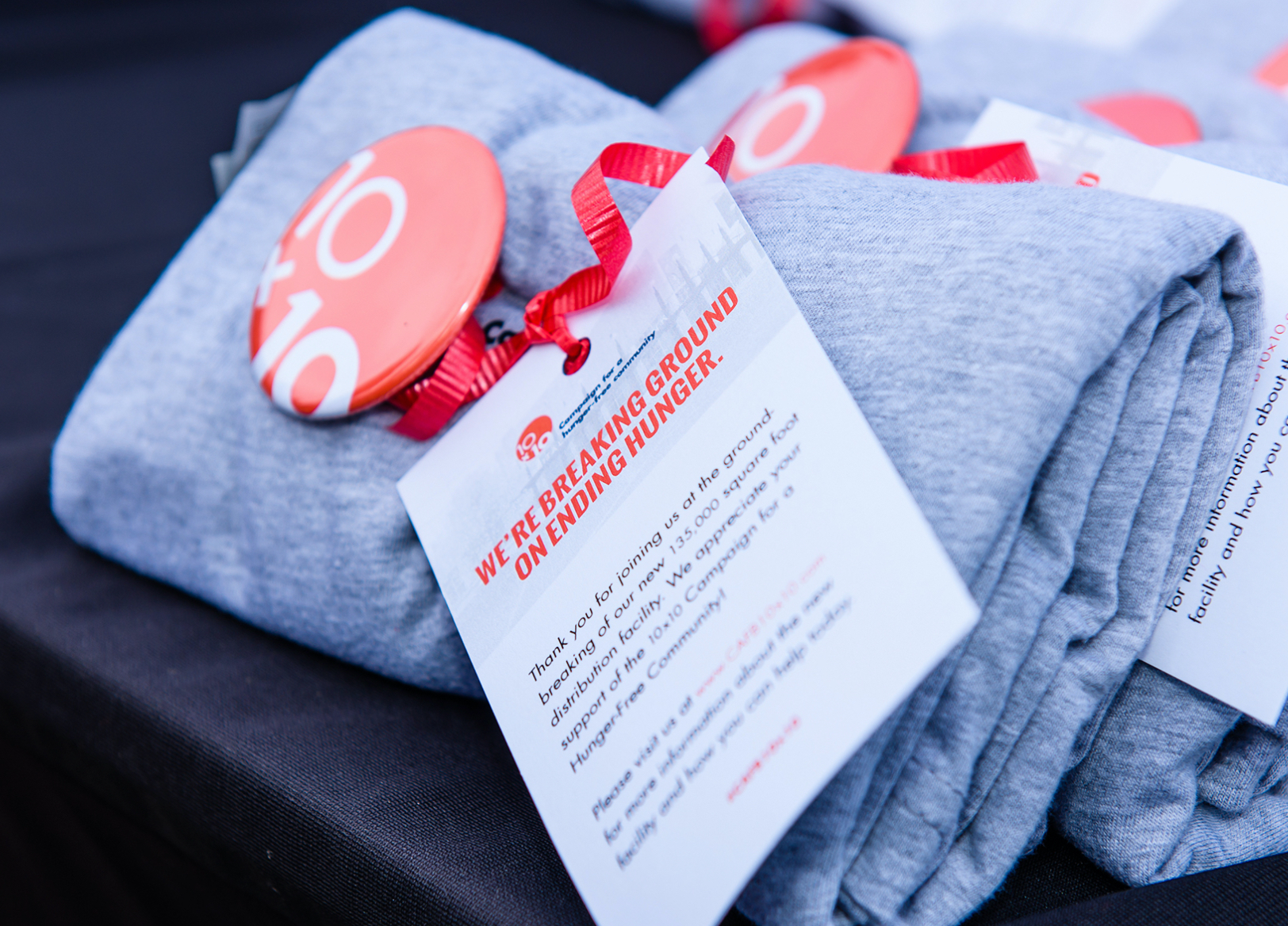 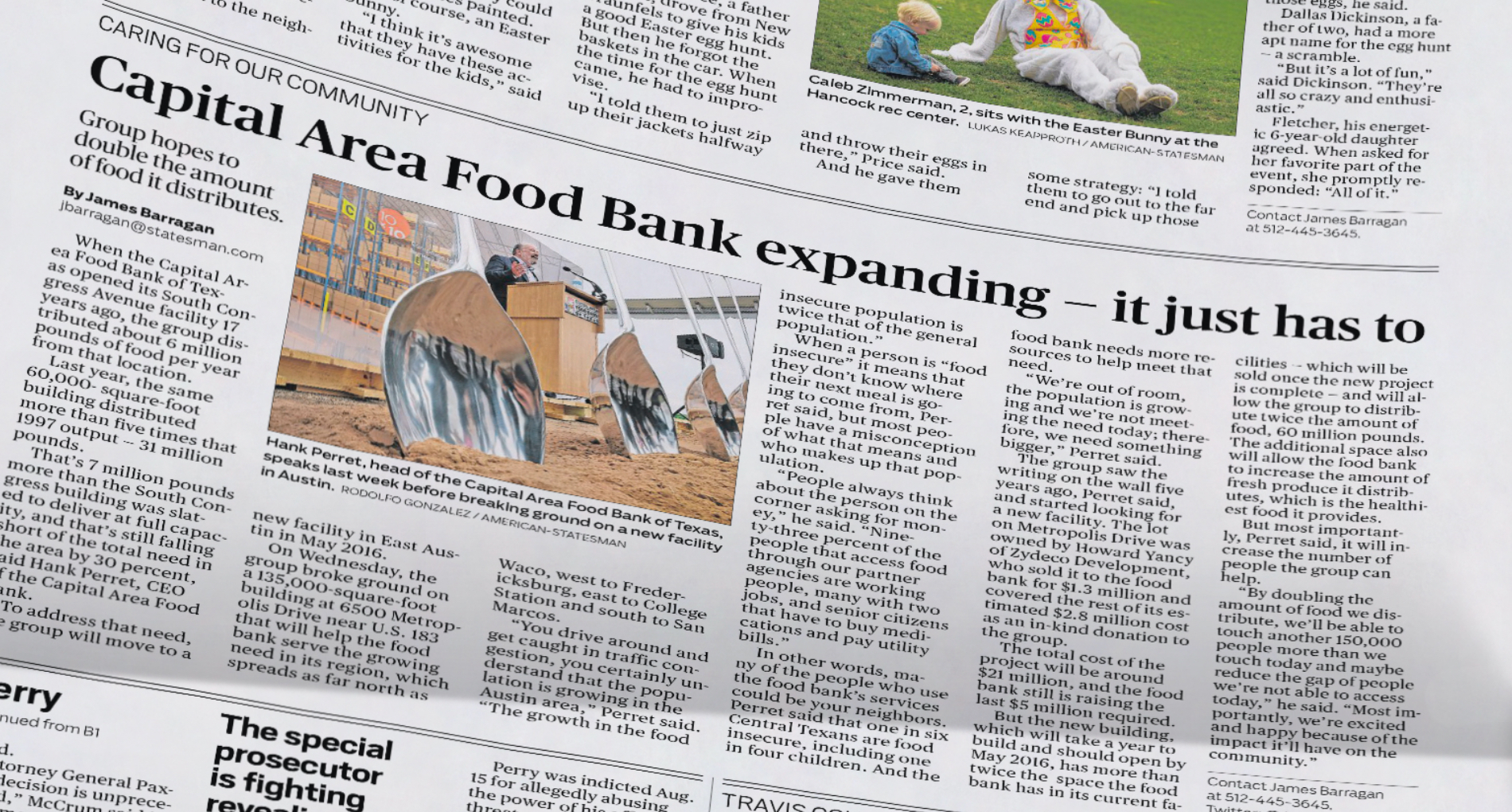 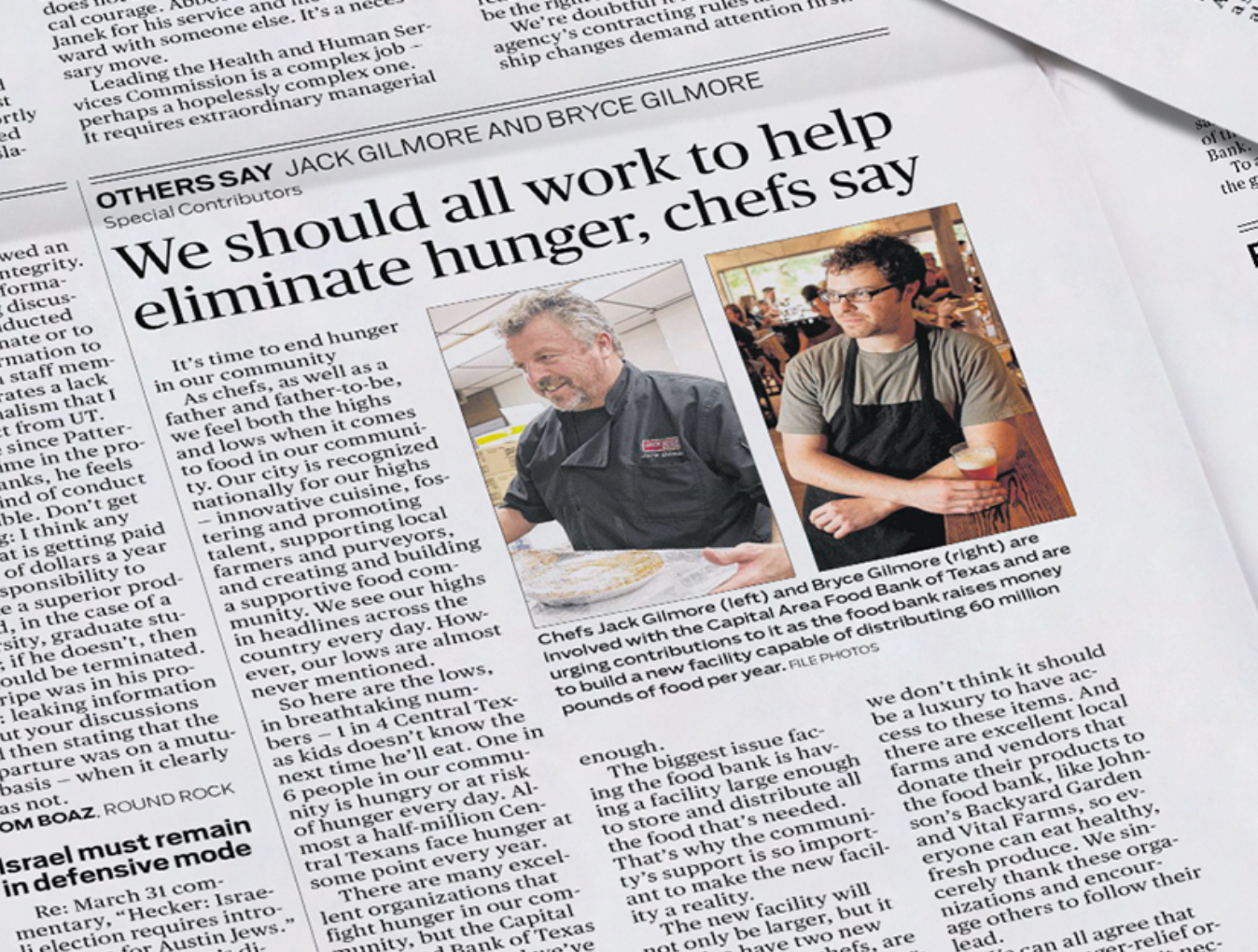 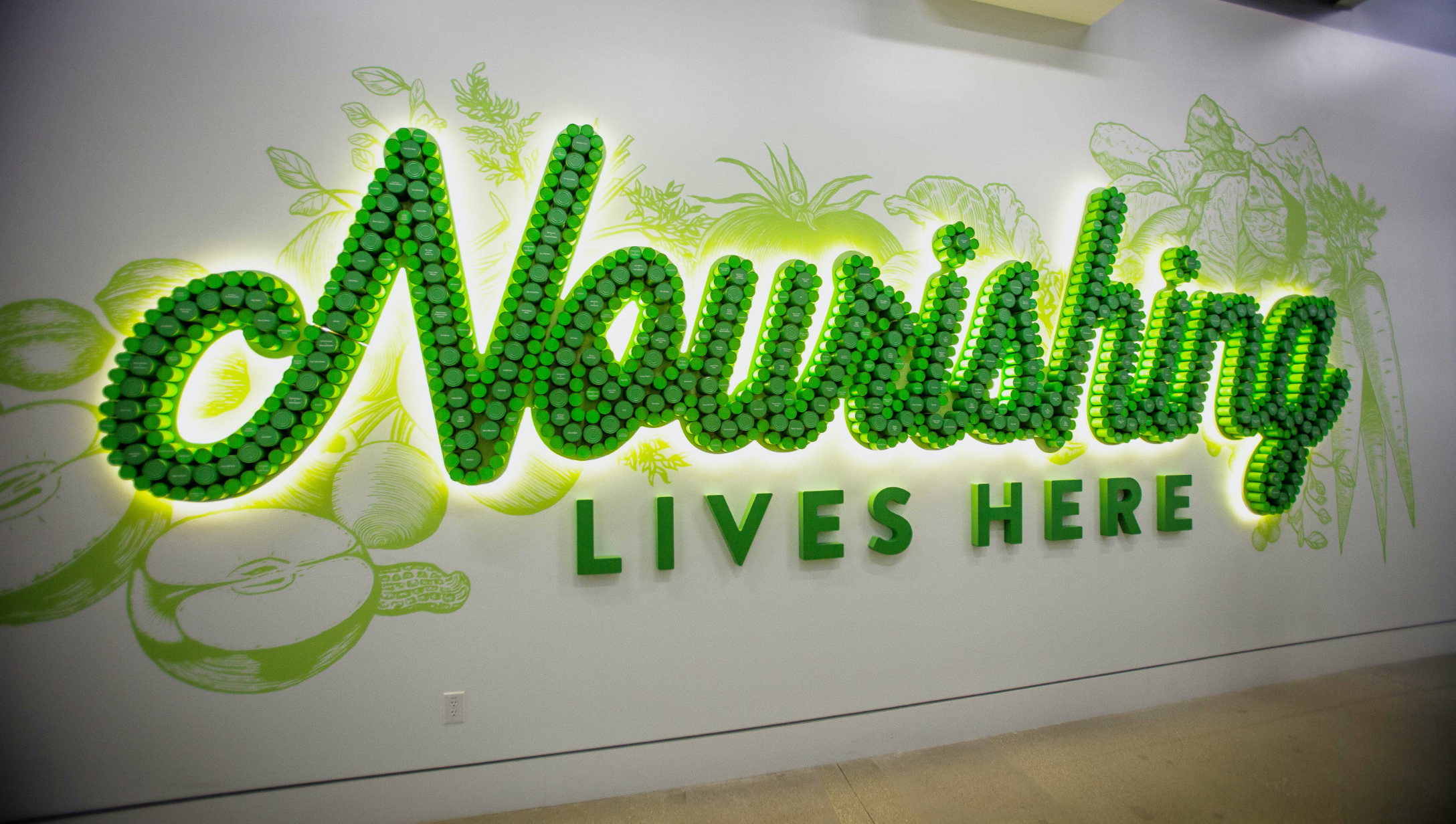 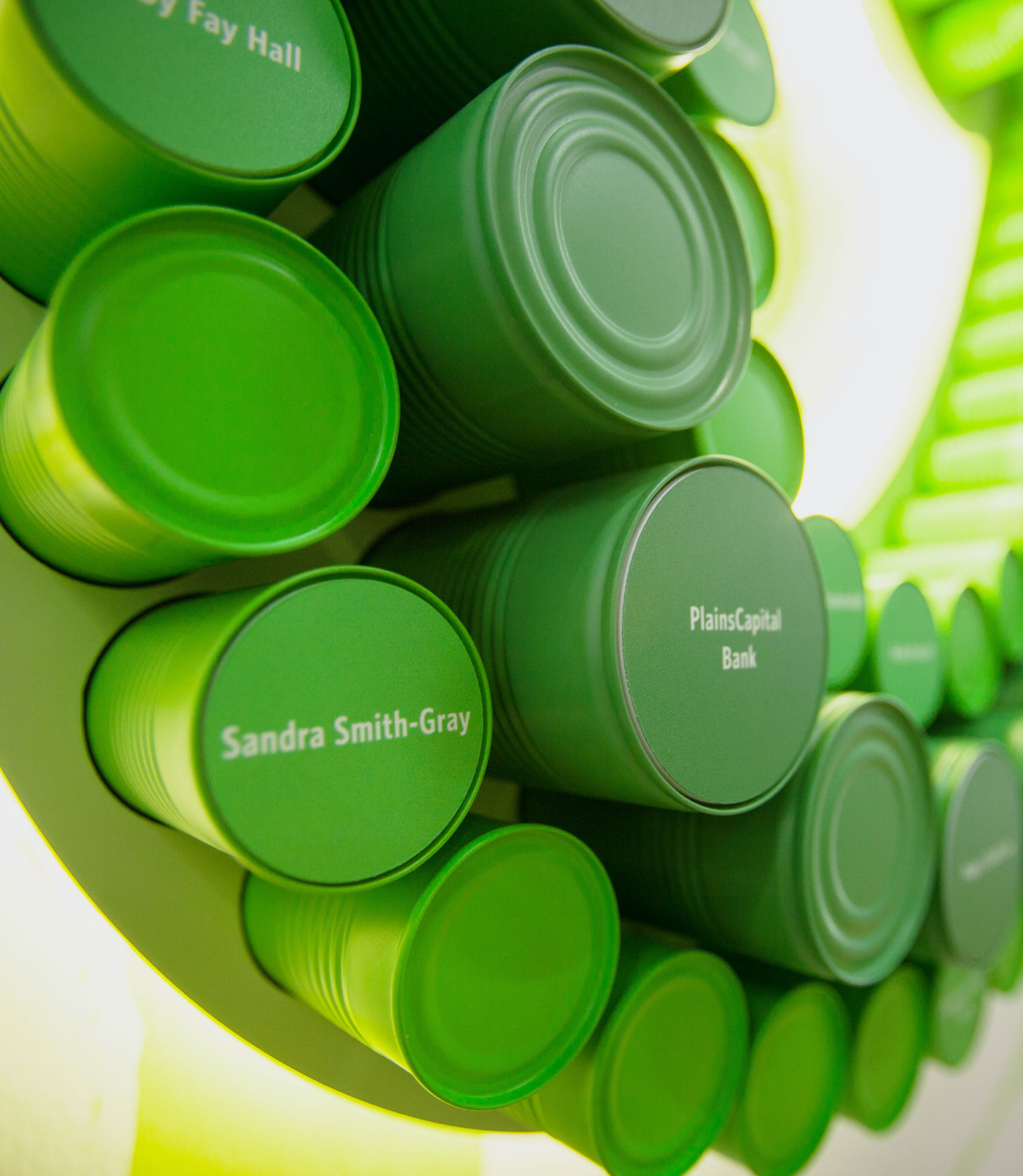